Well one of our goals here is to prepare for a time when energy may not be as plentiful and cheap as it is today. It is our feeling that as oil stocks are depleted that the world will move to electricity to fill the gap initially. We are already seeing it with some cars and with geothermal heat in many parts of the country electric heat is comparable if not favorable to petrofuels. I have some concerns with the possible ramifications of removing heat from the earth in the winter in the quantities that we need it and rejecting it in the summer in the amounts we probably will. But that is fodder for another post. But the point is that electricity will probably only get more expensive and may rise sharply when oil loses many of it's advantages and the economy shifts to the grid.
So what to do about it? Well first we should look at insulation. In our home one of the biggest electricity users is the furnace. We have forced air heat and the fan uses a great deal of energy. Since we added insulation to the house last summer we have noticed a decrease in the amount propane we seem to be buying but as the beginning of the season was warm and the propane use is difficult to gage we were unsure of how much less we were actually using. Well we now have at least the electricity number for the first two months of the year and we have saved a almost 1300 KW hours so far. We tend to be high users do to the old house and having a well and a barn light on the garage but that is still pretty significant. To put that into perspective it is more electricity saved than we used all of last April. We are really happy with this and it has motivated us to be even more dedicated to reducing our use. So I have acquired a logging meter and have begun to go around the house measuring the use on everything. It is almost fun. I need help.

In unrelated notes we are thinking of throwing a crop mob at the beginning of the season to help us get our big expansion of to a good start. I discovered the idea over at Cricket Bread some time ago. Cricket Bread also has one of my favorite posts ever written.
Posted by Frustrated Farmer Rick at 6:52 PM 7 comments:

Still not to much to write about here. We are still tightly in the grip of old man winter. It can sometimes be frustrating watching others around the net talk of planting and first crops while I am trying not to think about the fact that I need to go shovel the walk again. Still the sun comes up a little earlier each day and sets a little latter each afternoon and fells quite strong while it is shinning down. Someday we too will have spring.
We went to the Annual Sustainable Farming Conference at St. Olaf College in Northfield yesterday. It was not as good as I had hoped. There was just not enough practical know how sharing going on. Too many people seemed focused on the negative and not enough focused on what we collectively can do about it. I heard a good deal of frustration, fear and uncertainty in the people in the audience and I totaly understand that. Many of the people allied there had been concerned about issues like Peak Oil, Global Climate change, environmental issues and social justice for a long time and have lost some of their positive outlook and zeal. One common thread was that we all need to find ways to bring more people into the effort. We need to find ways to communicate both the importance of these issues but also the opportunity for society they could represent. So I encourage all of you to keep sharing what you learn with others who may be open to hearing you.

For those of you who have had to suffer with early planting dates and warmth, I thought I would share the beautiful view yesterday morning as I went to get eggs from the girls. 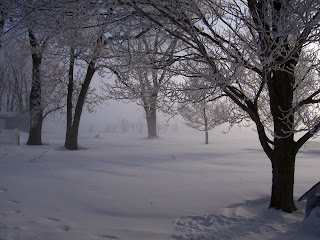 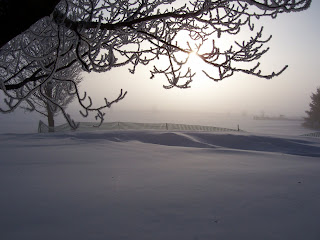 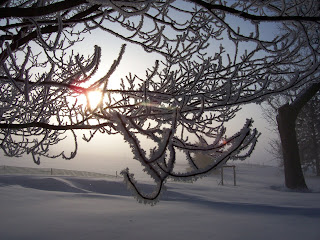 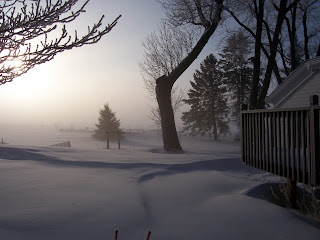 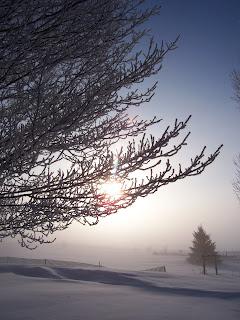 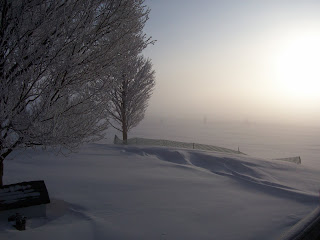 Posted by Frustrated Farmer Rick at 10:38 AM 8 comments:

I found out yesterday that Jamie Oliver was recently awarded a TED Prize for his past and future work in correcting our current horrible food culture. If you are reading this blog the odds are that you are already interested in sustainable food culture but please take the time to watch this and re-post it in front of as many people as we can.

Yes it is 20 minutes long but I promise you that you will be better informed and even more motivated after you watch this.
Posted by Frustrated Farmer Rick at 6:49 AM 2 comments: