This winter my lovely wife let me set up a worm compost system in the kitchen. I had dragged her to enough lectures on vermicomposting so she was on board but you have to recognize just how awesome she is.

So why compost with worms anyway?
Well first of all you can compost kitchen waste all year long. For many people this may not be that important but for those of us up in the frozen north being able to compost during the winter allows you to produce more valuable compost. The compost you get is also said to be superior to conventionally composted material. Plus you also get worms that you can either use for more composting operations or even take fishing with you.

So the bin we built started with two plastic storage containers. like this one. 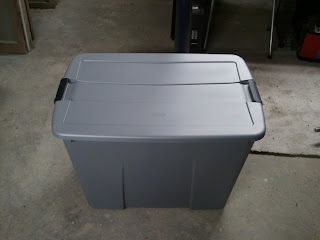 The first thing you need to do is provide a way to manage the moisture in your bin. Worms exude moisture during the composting process and the food that you add also has moisture in it. That means that if their was no way for water to leave the bin your worms would soon drown. So we made a bunch of holes in the bottom of one of the bins. I have been told that quarter inch holes are small enough to avoid plugging but large enough to keep most of your worms from leaving. 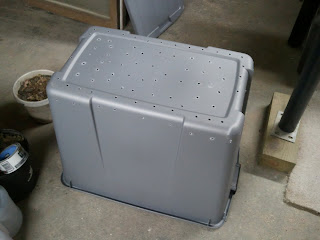 It is also important to make sure that the worms can get enough oxygen so I drilled holes in the top of the bin as well. The lid also helps to keep light out of the bins as the worms are also sensative to light and we don't want to stress them. 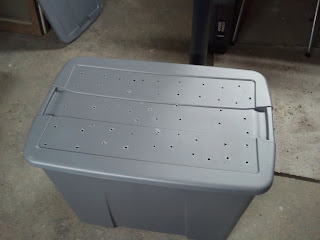 Lastly I nested the bin that was drilled into the un-perforated twin. The second bin will catch the moisture that comes off the bin. 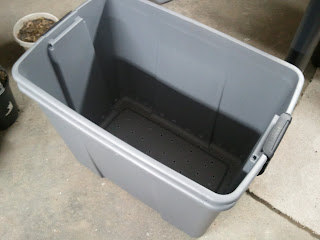 So that is the bin. later I plan to tell you how to set one up and how well our first one is working out for us.